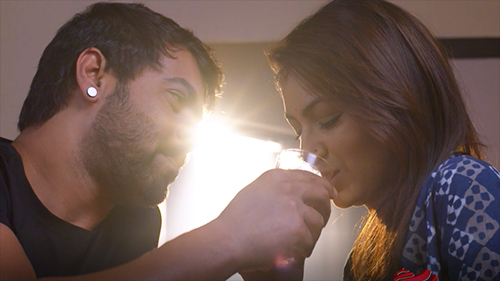 Alia pretends to expose Rhea and Ranbeer. Rhea is in for a shock when she realises the truth. Abhi sees Gaurav’s several missed calls on Alia’s phone and finds a note in her room. Meanwhile, Alia and Tanu arrive at Gaurav’s office.

Pragya questions Alia and Tanu when they return home. Rhea learns about the relationship Prachi and Siddharth share. Gaurav tries to call Alia.

When her plan fails, a relentless Rhea tries again. Pragya compels Abhi to sing for her. Meanwhile, Rhea and Ranbeer challenge to prove each other wrong. Tanu questions Abhi when she realises that he is falling for Pragya all over again.

Alia demands answers from Gaurav for preying on Abhi. Abhi’s bail appeal gets rejected, and Pragya tries to procure evidence using other means. She confronts the contractor, which leaves him flustered. When Pallavi praises Prachi, it perturbs Rhea.

Abhi refuses to be the cause of Pragya’s ruin. Mitali overhears Alia and Tanu. When Gaurav gives an ultimatum, Pragya signs the papers giving everything in her name to him and gets the proof. Soon after, she realises that she was tricked.

Ranbeer looks after an ailing Prachi. Pallavi tells Ranbeer that she still dislikes Prachi. Rhea pesters Ranbeer, who states that he can never trust her over Prachi.

Sushma outsmarts Gaurav. Gaurav tells Tanu that he will kill Abhi when he arrives at his hotel. Later, Pragya learns about Gaurav’s intentions.

Abhi and Pragya slip into a coma. Rhea visits Abhi and Pragya at the hospital. Later, Alia concocts a plan to create a misunderstanding between Ranbeer and Prachi and shares it with Rhea.

Ranbeer tells Prachi to stay away from him. Ranbeer’s accusations hurt Prachi and she slaps him. The duo ends their relationship, while Alia and Rhea rejoice at the success of their plan. Later, Rhea instigates Pallavi.

Siddharth examines the CCTV footage of the hotel while Alia spies on him. Pallavi cuts ties with Siddharth and ousts him from the house. Prachi prepares to leave the house as well.

Pallavi decides to get the couple divorced and get Ranbeer married to Rhea. Rhea forges Ranbeer’s signatures on the divorce papers and she and Pallavi send them to Prachi.

Prachi visits a temple and Ranbeer’s car breaks down in front of it. Prachi agrees to help Pragya with her dream project. Ranbeer hurts himself as him and Prachi miss each other.

Ranbeer loses his cool due to a presentation during the meeting. Rhea shows Ranbeer a video and instigates him against Prachi. She threatens to commit suicide. Siddharth decides to tell Prachi the truth.

Siddharth tells Prachi about the conspiracy against them. Rhea executes a plan to marry Ranbeer at the earliest. Meanwhile, Prachi learns that she is pregnant.

Prachi tells Siddharth that she is pregnant, and Sushma overhears the duo’s conversation. Prachi resolves to stop Ranbeer and Rhea’s marriage. Prachi makes a decision when Sushma tells her to make a choice between her and Ranbeer.

Rhea feels that she has changed her destiny by snatching Ranbeer from Prachi. Ranbeer refuses to get married.

Pallavi calls the police. Ranbeer asks Prachi in front of the police to prove that she was married to him and Daljeet supports Prachi. Later, Ranbeer takes Prachi away to talk in private.

Rhea displays Ranbeer and Prachi’s divorce papers. Prachi proves that the divorce papers were forged by Rhea and establishes that she and Ranbeer are still married. Later, she vows revenge on Rhea and the Kohlis, while Ranbeer confronts Rhea.

Prachi reminds Rhea about the illegality of her marriage with Ranbeer. Rhea fumes with rage when Ranbeer goes to stay in the guest room because of Prachi. Later, Rhea intends to thwart Prachi’s plans.

Prachi tells Rhea that she will be thrown out of the house within three days. Rhea tries to make an impression as an ideal daughter-in-law. Ranbeer and Prachi bump into each other and Ranbeer saves her from falling.

Prachi gets emotional on hearing her baby’s heartbeats for the first time. Later, Alia badmouths Prachi.

Ranbeer tells Prachi that she still cares for him and Prachi vows to prove him wrong. Ranbeer and Prachi get locked in the bathroom and Pallavi and Rhea try to get them out. Prachi’s words make Rhea jealous.

Rhea meets a lawyer with Alia and gets an idea to separate Ranbeer and Prachi. Prachi learns that Pallavi threw the party for Ranbeer and Rhea’s wedding reception. Rhea plans to get Prachi’s sign on the documents.

Sahana meets Ranbeer and gets angry at him, while a game begins at the party. During the game, a blindfolded Ranbeer identifies Prachi and states that she is his wife. Later, the duo dances to a romantic song, while Sahana becomes suspicious of Alia and Rhea and follows them.

Rhea confronts Ranbeer and gets shocked when he calls her a mistake. Ranbeer tries to explain his reason for marrying Rhea to Prachi. Prachi doesn’t consume the spiked drink and foils Alia and Rhea’s plan.

Ranbeer asks Prachi to reveal the truth. Prachi writes a letter to Ranbeer, and he learns that she is pregnant. Ranbeer talks to the child to be born. Later, Prachi agrees to remarry Ranbeer, and he prepares for the wedding.

kindly check back for more of Twist of Fate Teasers June 2022 we will update this page soon.